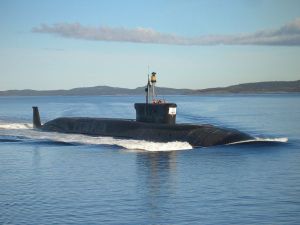 Not a huge news story, but worth keeping continuity on . . . and there are interesting questions — has the fourth Borey really been laid down, and how many launch tubes will be on unit 2, 3, etc.?

Borey-class SSBN Yuriy Dolgorukiy completed its factory underway testing by 24 September, according to the official Russian news services.  A spokeswoman for Sevmash said the current testing plan was fulfilled, and all established tasks were completed.  Captain First Rank Vladimir Shirin called the last at-sea period ‘excellent.’  All systems reportedly worked well, and minor issues noted during previous cruises were resolved.  The Sevmash delivery team and Dolgorukiy crew are preparing to present the submarine to the state acceptance commission.  But according to Grani.ru, a United Shipbuilding Corporation (OSK) source told Interfaks the obvious – acceptance of Dolgorukiy into the Navy inventory is not being considered since its main weapon – the Bulava SLBM – is not ready.  The Defense Ministry is still hoping that the new SSBN will be the launch platform for one of the next three Bulava tests.

The news services noted there are two additional Boreys, not three, on Sevmash’s buildingways.  So one supposes number four, Saint Nikolay, hasn’t been laid down yet.

The news services maintain the line that the Borey-class boats will have 12 launch tubes each, but Grani.ru, like other media outlets, claims Aleksandr Nevskiy and Vladimir Monomakh are proyekt 955A units and will have 16 tubes, while Saint Nikolay will be a proyekt 955U boat, possibly with 20 tubes.