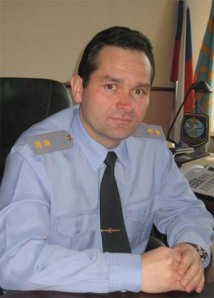 This week marked Military-Transport Aviation’s 80th anniversary, and VTA (or ВТА) Commander, General-Lieutenant Viktor Kachalkin made a variety of comments regarding the branch’s future.

Now relatively little’s been said about this subject.  VVS CINC, General-Colonel Zelin insists VTA’s a priority, but hasn’t ventured numbers or dates for new aircraft.  His deputy, General-Lieutenant Sadofyev’s alluded vaguely to modernization of existing aircraft and acquisition of 50 percent new aircraft.  But nothing more specific.  If VTA is the red-haired stepchild of the Air Forces, at least the VDV loves VTA – loves to hate it, that is.  General-Lieutenant Shamanov and other VDV officers never tire of saying that shortfalls and shortcomings in air transport are turning their branch into no more than elite ground troops.

At any rate, on to what Kachalkin said . . . he hopes new An-70 and deeply modernized Il-76MD90A transport aircraft will enter the VTA inventory starting in 2014.  The latter is an updated Il-76MD with new PS-90A-76 engines.  It also goes by the name Il-476.  In the more distant future, VTA looks toward buying a new An-124-300 variant.  The VTA commander believes all this will translate into “dozens” of new aircraft by 2020.

Kachalkin also plans on the “deep modernization” of existing transports into Il-76MDM and An-124-100 variants.

In a Krasnaya zvezda interview, he sums it up this way:

“If the volumes of new aircraft and deep modernization of the existing aircraft inventory announced in the program [GPV-2020] are assessed, then the growth in VTA capabilities is obvious.”

“Despite the fact that the service life of the greater part of the current VTA aviation inventory is figured at 2020-2030s, the percentage share of new aircraft will grow steadily.  In this context, the mobility of the Armed Forces will increase overall.”

In his KZ interview, Kachalkin mentioned the impact of the “new profile” on his base structure.  VTA now has only one first rank air base at Tver, which is home to multiple aviation groups using basing locations at Pskov, Orenburg, and Taganrog.  As recently as late 2009, the VTA commander spoke of first rank bases at Tver and Orenburg, and second rank ones at Pskov and Taganrog.

Kachalkin indicated an aviation group of not less than 15-20 VTA aircraft will take part in the upcoming Tsentr-2011 operational-strategic exercise.

A couple contradictory points worth noting were also made this week . . .

Deputy Air Forces CINC, General-Major Viktor Bondarev predicted An-70 purchases in 2012-2013, according to RIA Novosti.  The wire service also reminded readers that Defense Minister Serdyukov has said not before 2015-2016.  One guesses Kachalkin split the difference with 2014.