BSF Gets an Unsat 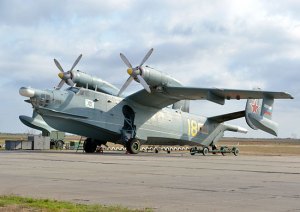 Kommersant reported Saturday that Defense Minister Serdyukov presided over an unscheduled collegium at which the Black Sea Fleet (BSF) commander received a month and a half to rectify problems identified during an inspection this fall.

The inspection — conducted by Chief Military Inspector, General-Lieutenant Gennadiy Borisov — focused on the state of operational and combat training, the weapons and equipment inventory, logistical and medical support, and fire safety.  Kommersant’s source said the results were unfavorable, and there were deficiencies in many areas.  Serdyukov received the inspection report, and wanted to hear the BSF commander speak about it at the collegium.

A Main Navy Staff source told the paper two of three formations inspected at Novorossiysk Naval Base got unsatisfactories in artillery, missile, and torpedo firing, and mine warfare.  The 11th Independent Coastal Missile-Artillery Brigade and 184th Ship Brigade received comments, and General-Lieutenant Borisov also noted problems in the Naval Infantry battalions at Temryuk.

But no one got fired.  Serdyukov gave BSF Commander, Vice-Admiral Aleksandr Fedotenko, and Navy CINC, Admiral Vysotskiy, until February to remedy all defects before a repeat inspection.

On a related note, Monday the Defense Ministry announced BSF Naval Aviation bases at Gvardeyskoye and Kacha will consolidate into the 7057th Aviation Base.  The unified base will have ground attack, ASW, and transport airplanes and helicopters.  Press reports weren’t explict, but Kacha is the 7057th.  So Gvardeyskoye — the 7058th — will apparently close.