Two Swedish observers recently engaged in an exchange of opinion pieces regarding the connection between a supposedly more muscular and threatening Russia on the one hand, and an allegedly feckless Swedish defense policy on the other.

Here we are, of course, more interested in their divergent views of Russian military power rather than in (as they are principally and rightly concerned) its affect on Sweden’s defense.

Hedlund concludes the Swedish legislature is radically changing its long-held view of Russia as relatively benign to one of Moscow as a growing threat to Sweden’s national security.  Proponents of this view, he says, point most often to Russia’s militarization and its increasingly autocratic political system.

However, he says President Vladimir Putin himself basically admitted the government’s 20-trillion-ruble State Armaments Program is failing.  Failing because the OPK, on the whole, cannot produce weapons and equipment of requisite quality, in necessary quantities, according to specified deadlines.

He cites the Bulava and Yuriy Dolgorukiy.

Just one good example among many he could have picked.

“Perhaps it was simply naive to think that the Russian military industry could pick up where it left off two decades ago, after standing at a virtual standstill, and all of a sudden produce weapons system [sic] at high international standards.”

He turns to politics, and the fragmentation of the Russian political elite just beneath Putin.

He sees it this way:

“These political developments don’t add up to the picture of an every [sic] more strong-fisted leader [Putin] who hasn’t ruled out waging war on his neighbours.  It is much more probable that Russia will be paralyzed by infighting for a long time to come, and an ever degrading economic outlook will mean the government may have to retrace it steps on promises to keep up salary developments and shore up pensions.  There might simply not be money left for the military.”

Finally, Hedlund concludes it’s essential to discuss Sweden’s defense policy problems “without muddling it up with incorrect perceptions about the development [sic] in Russia.”

Political science PhD candidate Annelie Gregor responded to Hedlund with this essay.  Ms. Gregor neglected to add that she is, apparently, an employee of the Swedish Armed Forces. 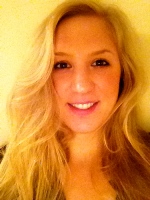 Gregor argues Hedlund claims Russia is not in the midst of a military build-up and is turning away from authoritarian rule.

This is not at all what Hedlund said.

Hedlund maintains Russia’s militarization isn’t effective and Putin’s autocratic style masks concerns about domestic politics that are more important to him than building up the armed forces or attacking a non-contiguous Nordic country.

Gregor’s first point about the recent surprise readiness evaluation in the Far East simply has to be ignored.  Not because of her primarily, but because of how others have futzed it up.

She says it “involved” 160,000 troops.  Others have said Russia “mobilized” or “deployed” this number.  The entire manpower contingent of the Far East Military District (probably some 160,000 men) certainly wasn’t “involved” in those exercises, and those troops certainly weren’t “mobilized” or “deployed.”  They already actively serve in the region where the exercise took place.

It is true to say recent Russian exercises have featured some re-deployments and equipment movements from other districts, but they are limited to what Russia’s strategic mobility resources can manage.

Difficult as it is to believe, Gregor cites Russia’s performance in the five-day war with Georgia as evidence of a threat to Sweden.

The same Russian Armed Forces that were caught off guard, and initially acquitted themselves so poorly that a major military reform program started immediately afterwards to improve their readiness and capabilities.

Two Backfires with nuclear-armed cruise missiles would be more than enough to ruin Sweden’s day.  But one notes they are not “heavy bombers” nor do two constitute anything “large scale.”  The incident was, perhaps, more about flying time and asserting Moscow’s right to use international airspace.

Gregor then argues with Hedlund about whether revenues from oil, gas, and arms sales will be adequate to support Russia’s “militarization” in the future.

This part of Hedlund’s article was, unfortunately, not translated.

One contends, however, that if Hedlund said the Russian defense budget will decline as its oil earnings decline, he’s right.  In fact, one could go further and say the budget is irrelevant.  What does matter is what Moscow actually buys or gets for it.

The Russians are getting more training (because they can buy more fuel), but they aren’t getting new weapons on the schedule they originally laid down.

And corruption remains a huge tax on the budget, just check on the criminal cases against former Defense Minister Serdyukov’s former deputies.

And it’s obvious to serious observers that arms sale profits don’t go to the big white building on the Arbat.  They go to Rosoboroneksport which is connected more to high-level political infighting than to the Defense Ministry.

Hedlund never said Russia is turning from authoritarian rule as Gregor alleges.  Hers is a classic “straw man” fallacy.

He argues Moscow’s “increasingly bellicose [anti-Western and anti-NATO] rhetoric is for domestic consumption” and its “aggressive actions, such as simulated nuclear strikes on Warsaw, indicate weakness and a desperate clamoring for attention.”

Anti-U.S. and anti-NATO speech will probably always be popular in Russia.  Simulated nuclear strikes are warnings to Europeans of the consequences of cooperation with the U.S. in missile defense (or anything else for that matter).

Hedlund says he’s done anything but argue that Russia is turning from authoritarian rule.  He concludes:

“What I have argued is that there is a very large difference between present-day Russia and a truly militarized authoritarian regime that would constitute a true danger.”

Eloquently put.  Putin’s regime is a clumsy, capricious, and ineffective brand of authoritarianism.  It recalls the late years of the Tsars more than Hitler’s Germany or Stalin’s USSR.  Dangerous to a degree, but not an existential danger.

Perhaps there’ll be yet another installment in this debate.

4 responses to “A Swedish Defense Debate”