One can’t call this news.  News not discovered or reported promptly is just data. Not less important to this mind.  But on with the story . . .

Last summer, VDV Commander General-Colonel Vladimir Shamanov told the press about pending changes in the Russian Airborne Troops’ manning and structure.  Not clear if, when, or at what level they’ve been approved.  But fait accompli is Shamanov’s style.  His influence is larger than his nominal rank and post, and he often gets what he wants.

Specifically (among many things), Shamanov claimed the VDV will: 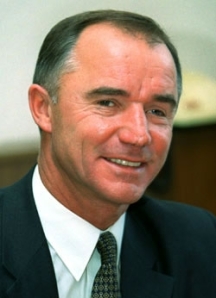 That’s all context . . . last October, chairman of the Union of Airborne of Russia (SDR or СДР), retired General-Colonel Valeriy Vostrotin gave out two data points in a comment to Rossiyskaya gazeta:

“We veterans were satisfied with the news that it’s now been decided to reinforce the VDV significantly, to increase their numbers by another 20 thousand men.  For me personally, it’s particularly pleasant that, in 2015 in Voronezh an air-assault brigade with the number 345 will be formed and the banner of the famous 345th regiment, which I once commanded in Afghanistan, will be transferred to it . . . .”

Going back to 50,000 would be significant, and would add lots of contractees to the ranks.  Equipping a new formation and other new units would not be a minor undertaking either.

Again, data not news.  May or may not happen.  But we were informed.

4 responses to “Data on VDV”