A Year Does Not a Soldier Make

Krasnaya zvezda always has interesting Internet polling.  Yes, Internet.  Not a scientific opinion survey based on valid sampling and a mathematically acceptable margin of error.

We’re talking about Russia here.  We take what we can get.

KZ asked its readers whether the current year of conscript service is sufficient to make a real soldier.  Not surprisingly, 601 of more than 800 respondents said no, it isn’t.  Only 71 said unequivocally yes, it’s enough. 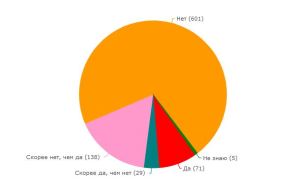 Being the MOD’s daily paper, KZ’s readership is mostly those in the Russian armed forces, or those somehow interested in them.

The MOD wasn’t happy about the shift to the one-year draft several years ago. But it had no alternative facing the twin pressures of rising draft evasion and increasing violence and other abuse in military units.  At least 12-month conscription helped alleviate both of those problems if it didn’t do anything for the military’s readiness.

Hence, the great renewed stress on trying to sign up contract enlistees.