Is the Russian MOD having second thoughts about modernizing Kirov-class CGN Petr Velikiy?  Or its sole aircraft carrier Admiral Kuznetsov?  What about Kirov-class CGN Admiral Nakhimov already in the modernization process at Sevmash? 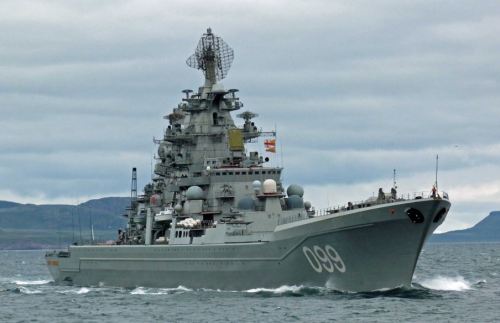 OSK President Aleksey Rakhmanov himself raised the issue in a recent interview, according to a recap by Militaryparitet.com.

Vpk-news referred to TASS, which itself indicated Rakhmanov’s statements came on Ekho Moskvy.  In any event, the original transcript of his remarks has eluded your author. 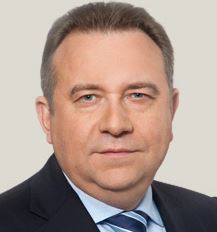 As Militaryparitet puts it, the efficacy of repairing old, large surface ships like Petr Velikiy and Kuznetsov isn’t obvious.

“For us the existing approach toward the repair of large-tonnage ships — Admiral Kuznetsov, Petr Velikiy — isn’t quite straightforward and optimal for one simple reason — the scale of expenditures for the repair of ships which are already 30-35 years old approaches the cost of building a new ship, and their service lives are much shorter than that of a newly constructed ship.”

And, according to Rakhmanov, this is “being openly discussed with the MOD.”

“And is it necessary to do this, and if it is, then under what conditions?  It’s a question of the general life cycle concept — if a ship’s service life is 30 years, then is it necessary to extend its life?  For us the question of repairing particularly large, technically complex ships isn’t obvious.  Therefore, before talking about where to do this, we need to ask why we are doing it.”

“There are exceptions, but even one-of-a-kind ships, for example, Kuznetsov, have limits to their lives.  There is metal and equipment fatigue.”

According to Vpk-news.ru, Rakhmanov feels contemporary approaches toward shipbuilding should take into account “economically justifiable” repairs and use of each ship and vessel.

Of course, OSK and its enterprises make money off repairs, modernization, and construction, but the conglomerate makes more off — and is therefore more interested in — building new ships.  For its part, MOD wonders if it can fund expensive construction projects, and whether OSK and Russia’s shipbuilding industry can actually deliver the new ships.

It’s interesting that there isn’t the same level of angst when it comes to modernizing older nuclear-powered submarines and not as much — although clearly a certain amount — in the case of building new ones. The real worry sets in when major surface forces are considered.

But it all comes down to this:  building and maintaining a navy is an expensive proposition.