The MOD has digested the complaint that its weekly graphics say nothing about missions in Syria or training inside Russia. This has been remedied. 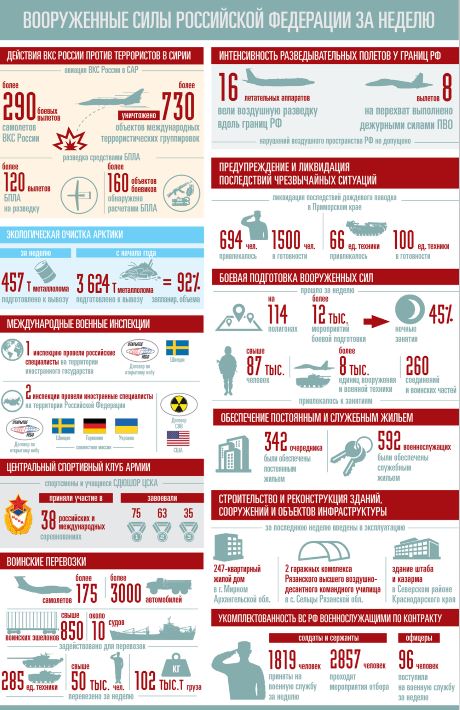 The graphic above claims the Russian VKS conducted 290 combat flights to destroy 730 facilities of “international terrorist groups” in Syria, and 120 UAV flights against 160 facilities.

The MOD reported 87,000 personnel with 8,000 weapons and other pieces of equipment from 260 formations and units conducted more than 12,000 combat training evolutions, 45 percent of which occurred at night, on 114 ranges.

The MOD reported no new military procurement for the week. 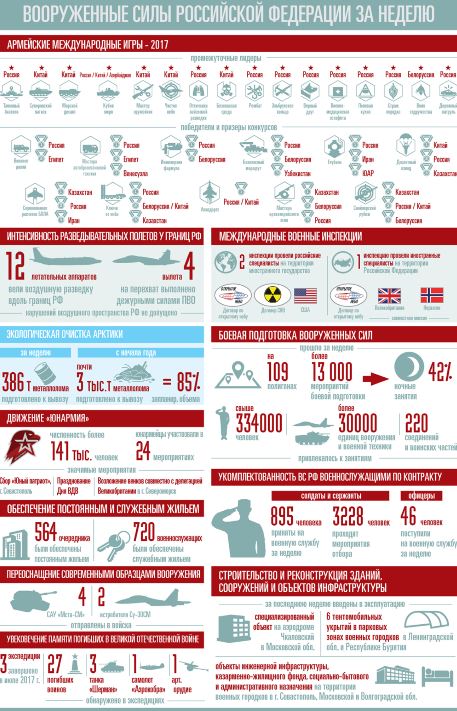 For the week depicted above, a whopping 334,000 personnel with more than 30,000 weapons and equipment items from 220 formations and units conducted 13,000 combat training measures, including 42 percent at night, on 109 ranges.

For contract service, 895 candidates were accepted and 3,228 were being processed.

Six tent-mobile shelters were erected in vehicle storage areas in the Republic of Buryatia and Leningrad Oblast.

The MOD reported no military transportation information for the week.