President Vladimir Putin significantly changed the script for Russian military reform on October 24 by indicating intent to end the draft in favor of volunteer contract service. 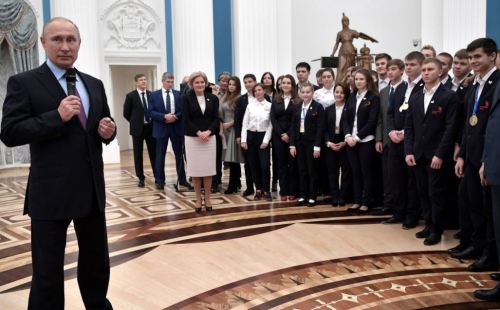 Putin: We are gradually going away from conscription

“While I don’t have a ready-made answer, in the same vein if we try to develop this practice further, then maybe we’ll come up with something, but in general we, of course, should keep in mind that we are gradually going away from conscript service in general.”

“We are doing this, unfortunately, at a slower pace than planned in connection with budget constraints, but we are doing it all the same and will continue to do so. So it will be a short time when in general this question will not be acute.”

The largest questions are why, and why now. The answer to both is the impending presidential election on March 18, 2018. It will be more a coronation keeping Putin formally in power for 20 of 24 years of the 21st century (but in reality for all 24). Still there’s no doubt ending conscription will provide an extra electoral boost for Putin. Cutting the draft term from two years to one gave Team Putin a lift ten years ago.

Russia’s generalitet has always said the military will never completely abandon conscripts for contractees. It fears the difficulty of conducting a big-war mobilization without hundreds of thousands of relatively young men with pretty fresh basic military training. Just like that, however, Putin changed a fundamental assumption of his generals.

Writing for Yezhednevnyy zhurnal, the inimitable Aleksandr Golts has pointed out the MOD’s flawed addition when it comes to contractees. Literally 11 days ago, General-Colonel Mikhail Mizintsev said the armed forces have 354,000 contractees. And Defense Minister said they had 384,000 at end of 2016, so the number is actually falling. At the end of 2017, they are supposed to have 425,000.

“Of course, it’s not excluded that once again military men have become confused in their own lie. Removed from any kind of control, they are at will to announce any data — it’s impossible to check it anyway. Meanwhile, Mizintsev is not simply a general. He is chief of the National Center for RF Defense Command and Control. They assure us that data on the condition of the Armed Forces flows right to him in real time. So, perhaps, he told the truth.”

Golts believes the number of contractees stalled at the 2015 level, with the 90,000 added since then cancelled by a similar number declining to renew their contracts after three years. So, he continues, one has to think the conditions of service in the army aren’t as attractive as depicted on MOD brochures. Contract pay hasn’t increased since 2012 (but inflation has by 44 percent). And the chance of injury or death in a “hot spot” like eastern Ukraine or Syria has gone up.

Regarding the reduced requirement for conscripts in the current draft campaign, Golts puts it down to the fact that the Russian Federation is at the very bottom of its demographic trough right now.  In 2017 and 2018 respectively, only 638,000 and 633,000 18-year-old men are available.

As a result of all this, Golts sees Russian Armed Forces manning at about 850,000 (250,000 conscripts, 354,000 contractees, 220,000 officers, and 30,000 military school cadets). This is well below President Putin’s recently authorized 1.13 million. The missing 160,000 or so troops has to affect Russia’s combat capability, according to him. He expects the generalitet to close gaps in the ranks with reservists to create leverage to convince Putin the draft must be preserved.

But maybe Putin isn’t even serious about ending the draft anyway.