Kommersant recently covered what’s happened on this case. Recall on April 2 St. Petersburg’s Military-Space Academy (VKA) named for Mozhayskiy was the scene of an apparent terrorist bombing. But the prime suspect is an instructor, Colonel Rifat Zakirov —  combat engineer and decorated EOD expert with two tours in the Chechen wars to his credit. Other sources say he’s a lieutenant colonel. He’s under house arrest. 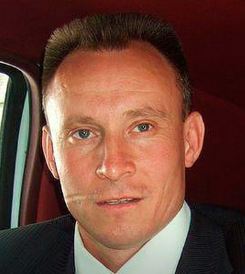 Zakirov was injured in the blast and couldn’t be questioned for nearly a month. Military investigators say he had TNT and bomb components taken as war trophies, and he’s been charged with theft of explosives as well as illegally possessing and transporting them. But they say he didn’t intend to blow up VKA. No, he just wanted to privatize another military apartment.

To back things up a bit, Zakirov once had a 58-square-meter two-room apartment in Sertolovo outside St. Petersburg. It was a service apartment (belonging to the MOD) he received in 2004 and immediately privatized. This satisfied the MOD’s obligation to provide the career officer with permanent housing. The widowed Zakirov lived there with his two sons.

But things got complicated. Relatives came to live with him. He remarried. In 2016, he asked the MOD to improve his circumstances, now outside the norm for inhabitants per square meter. The military duly assigned him a new service apartment in St. Petersburg but said he couldn’t privatize it because he couldn’t return the “permanent” one in Sertolovo where left his relatives.

So Zakirov hatched the plot to plant an explosive device, discover, and disarm it. As a hero, the MOD wouldn’t deny another request to privatize his second, larger apartment.

When Zakirov and colleagues entered the VKA building on April 2, he “noticed” a suspicious package with a mobile phone with wires inside. He sounded the alarm and evacuated cadets and staff. Wearing a protective vest and helmet, he was about to cover the bomb with a vest when it detonated. The bomb contained no shrapnel and, other than Zakirov, no one was seriously hurt by the explosion.

If someone other than the GVSU claimed all this, you’d say he was crazy.