In early July, Krasnaya zvezda covered an exercise by Russia’s first light — even “superlight” — brigade. The MOD paper provided insight into the rationale and structure of this new formation.

The MOD raised the prospect of light brigades in 2011, late in the tenure of Anatoliy Serdyukov. The concept was to build TOEs for light, medium, and heavy brigades, but the idea faded after Sergey Shoygu’s arrival. However, the Central MD is natural for a light brigade because it’s Russia’s peacekeeping and rapid reaction district. It’s the expeditionary one now too. 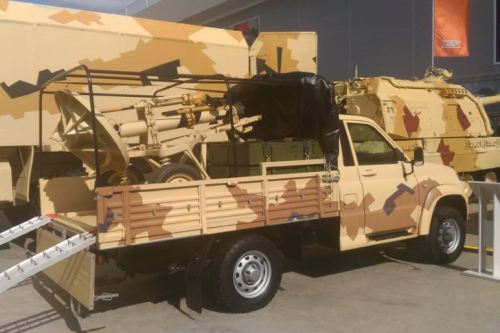 The 30th Independent Motorized Rifle Brigade falls under the Samara-based 2nd CAA of the Central MD. Forty-year-old North Caucasus combat veteran Colonel Dmitriy Medvedev is in command. The brigade started forming up in late 2016 largely with UAZ-3163 Patriot vehicles in place of many BTRs. 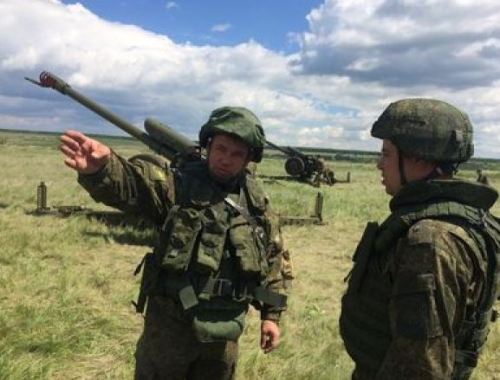 Colonel Medvedev and his chief of artillery

KZ reported the new formation is designed for action on “mountain-desert terrain” using combat experience gained in Syria. But it’s more like a desert warfare brigade. It’s lighter than the Central MD’s peacekeeping brigade — the 15th IMRB — with BTRs and BRDMs. The 30th IMRB is also lighter than Russian mountain brigades.

The new brigade’s 1st motorized rifle battalion has UAZ-3163 Patriots armed with machine guns, grenade launchers, and/or ATGMs. It received 30 of the military SUVs/pickups in early July and expected more, according to the MOD website. 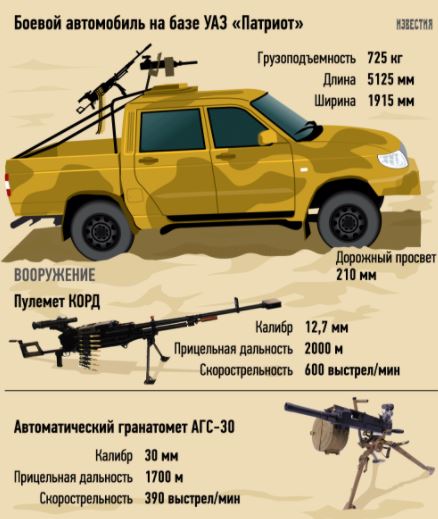 The 2nd battalion operates the BTR-82A. About forty have been delivered this year. The brigade’s vehicle inventory is entirely wheeled. It received about 20 R-149MA1 command-staff vehicles and more than 80 enhanced ground clearance Ural trucks this year.

KZ described the brigade’s live fire training on the scrublands of Roshchinskiy training ground. Its artillery sub-units conducted unplanned barrage and concentrated fire on columns of “jihad-mobiles” armed with heavy machine guns, anti-aircraft guns, or ATGMs. The paper concludes the formation learned to operate without air support or missile strikes, but only artillery fire against a mobile, maneuvering enemy in his depth to prevent him from making fire contact with its sub-units.

The Russian Army first deployed UAZ-3163 Patriots to Syria in early 2016, and has used them extensively. Light brigades with the military SUVs/pickups may appear in the Southern as well as the Central MD, according to Russian press. Mil.ru reports the Eastern MD’s 14th Spetsnaz Brigade in Khabarovsk accepted a “large delivery” of UAZ-3163 pickups in early July.

Russia’s ten combined arms armies have new commanders (with one exception) since they were noted here in 2011.

In the first half of last year, General-Major Gurulev in the Southern MD’s 58th Army was investigated for “abetting” a crime by a former superior, Nikolay Pereslegin.  In 2005, Pereslegin reportedly “exceeded his authority” by using the labor of two soldiers while attending the GSA in Moscow — colloquially known as a “soldier slavery” case in Russian media.  For his part, Gurulev is suspected of covering the soldiers’ absence and Pereslegin’s tracks with paperwork.  Not clear where the case stands, but Gurulev remains in command of the 58th.

The Russians have been talking for some time about adding three armies to their existing seven, and here they are, along with their commanders, after a little research.

Today’s Argumenty nedeli cites an unnamed Main Intelligence Directorate (GRU) representative who says a decision to cut GRU personnel by 50 percent has been ‘frozen’ for an indefinite period.  According to the article, the decision on the cut was made recently within the bounds of Defense Minister Serdyukov’s reform of the military.

Serdyukov and General Staff Chief Makarov were going to announce the elimination of several GRU ‘sub-units’ in the first half of March.  But GRU Chief General-Lieutenant Aleksandr Shlyakhturov managed to convince the country’s highest leadership not to take these steps yet.

Argumenty nedeli noted that three GRU Spetsnaz brigades–the 67th in Berdsk, 12th in Asbest, and 3rd in Samara–were disbanded last year.  It maintains that now even the part of the GRU that works with ‘secret agents’ abroad has fallen ‘under the knife.’

As to whether the top echelon believes this would seriously weaken the country’s defense capability, the article says we’ll have to wait and see.