A couple weeks ago, Aleksandr Golts wrote in Ogonek about the situation in which Defense Minister Shoygu finds himself.  Golts has two main points.  First,  small policy changes can lead to big ones which unravel former Defense Minister Serdyukov’s positive reforms.  Second, Shoygu in uniform is a setback to real civilian political control of Russia’s Armed Forces.

Golts says that, although officers had their pay raised 2-3 times and tens of thousands received apartments thanks to former Defense Minister Serdyukov, the military still clamored immediately for Shoygu to change every decision made by his predecessor.  Chairman of the Duma Defense Committee, KPRF member, ex-admiral Vladimir Komoyedov called for lengthening the conscript service term.  Generals associated with retired Marshal Dmitriy Yazov demanded an expert review of the results of Serdyukov’s tenure.

However, Golts notes both President Putin and Prime Minister Medvedev gave Serdyukov’s painful reforms high marks (Smirnov in Gazeta made the same observation).  So, concludes Golts, it was a signal to Shoygu that no fundamental review of them is needed.  This left Shoygu in a complicated situation.

So Shoygu has taken some minor decisions to placate those seeking the pre-Serdyukov status quo.  But these small steps, writes Golts, can have big consequences.  Reestablishing the Main Directorate for Combat Training (GUBP or ГУБП), for example, will ultimately undercut the authority of the main commands of the services and branches as well as (and more importantly) of the four new MD / OSK commanders.

Reversing Serdyukov’s significant cuts in the Russian military educational establishment will put unneeded officers in the ranks to reanimate cadre units and the mass mobilization system.

Lastly, Golts is critical of the president for deciding to “return” the rank (and uniform) of Army General to the Defense Minister.  Observers commented this was done to give Shoygu “authority” within the military which his predecessor sorely lacked.  But Golts says the army has a way of ensnaring a Defense Minister, drawing him into the military “clan” or “corporation.”

The Defense Minister’s civilian status, Golts continues, was the very first step in establishing if not civilian, then at least political control over the military.  But establishment of civilian control takes more than one civilian minister.  It takes civilians who formulate decisions for military men to execute.  He points to Serdyukov’s attempt to separate civilian and military functions and competencies in the Defense Ministry.

“Now the generals will return to their places, and the minister himself will be doomed to make not political, but purely technical decisions and bear responsibility for them.  In essence, he is returning to be the hostage of the military who prepares these decisions…”

One has to agree that Shoygu’s three-month tenure consists of little more than examining and questioning every decision made by Serdyukov.

Shoygu’s status as civilian or military is more interesting.

He passed through the general’s ranks to four stars between the early 1990s and early 2000s.  More unclear is how or why he got the first star.  He had been a strictly civilian and party figure.  Many readers may not realize Shoygu’s MChS is a “military” (militarized or paramilitary) ministry where servicemen and officers with ranks serve like in the Armed Forces, MVD, or FSB.  So, at some level, it may not be fair to claim anyone “returned” his rank, or forced him to wear a uniform.

The question is does an MChS rank carry any weight or “authority” in the Defense Ministry?  Recall Sergey Ivanov never wore his SVR or FSB General-Colonel’s uniform as Defense Minister.

Shoygu remains an inherently civilian and political figure whom President Putin turned to in a pinch and trusts to keep the lid on at the Defense Ministry.  Russians joked in November that the old Minister of Emergency Situations was clearly the right guy for the job when the Oboronservis scandal broke and Serdyukov had to go.

One shouldn’t worry about Shoygu and civilian and political control of the military.  The slippery slope of undoing Serdyukov’s positive efforts, on the other hand, is concerning.

In the middle part of General-Colonel Zelin’s incredibly long NVO interview, he reacts to Defense Minister Serdyukov’s high command changes and other structural realignments over the last couple years.  He also shares thoughts on the state of VVS training.

Zelin speaks to interviewer Viktor Litovkin like a 58-year-old three-star who’s surprised to have stayed at his post as long as he has.  He speaks like he isn’t concerned about being retired.

Asked what he and his Main Staff do now that the VVS operate under the four MD / OSK commanders, Zelin responds that plans to create an automated C2 system (ASU) haven’t quite gotten there.  He talks and is online with the district commanders often.  But, he says:

There were, he continues, arguments and unresolved issues:

But he grouses a bit more.  He sounds like a man with responsibility who lacks authority.

The ASU isn’t working, but service central command posts (TsKP or ЦКП) were eliminated.  Regardless, Zelin says he has to organize and control training.  Every day 70-80 units have aircraft flying, and they have to be tracked.  They can’t just be given a mission and forgotten.

Asked about the newly-established Aerospace Defense (VKO) Troops, Zelin claims interestingly, that only PVO brigades in Russia’s central industrial region — the old Moscow AD District, KSpN, or OSK VKO — went over to them.  He says MD / OSK commanders got the rest, and he equips and trains them for regional commands to operate.  His view seems to be VKO is limited to strategic and theater MD.  You can’t, he opines, have PVO without air defense aviation integrated into it.  According to Zelin, a single national system of air defense, including Troop Air Defense, is needed, but a decision’s been made and it’s left but to fulfill it.

Before talking more about training, Zelin reiterates that a single system of net-centric strategic C2 and decisionmaking is the goal, but they aren’t quite there.

He seems envious of the large-scale, largely automated airspace control systems he’s seen in the U.S., Europe, and Japan.

On training and flight hours, Zelin says he’s got no problems with material support (i.e. POL), but problems addressing aircraft service life support [ресурсное обеспечение].  He states frankly he worries about maintenance provided (or not) by civilianized, outsourced Oboronservis affiliate Aviaremont.  There is plenty of money for maintenance, but those responsible aren’t getting it done.  While the Glavkomat has heartache about aircraft serviceability:

“Our other structures for some reason are responsible only for financial flows.”

Revenge of the Fallen 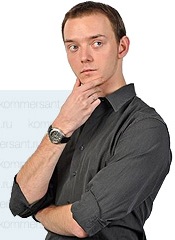 Well, more like Return of the Retired, or Dawn of the Dismissed, or whatever.  Your attention’s been grabbed (hopefully).

Last Thursday, Kommersant’s Ivan Safronov reported the Defense Ministry will bring 4,011 ex-general officers back as civilian advisers and consultants, primarily in military districts (unified strategic commands — OSKs) and large operational-tactical formations (armies).  The idea, apparently, is for today’s top commanders to benefit from the experience of their predecessors.

Safronov’s report is based on claims from a source in Defense Minister Serdyukov’s apparat, his immediate staff.  The plan to deploy retired generals as advisers got Serdyukov’s approval on January 20.

The former higher officers will also work as scientific associates in VVUZy and in military commissariats.

Kommersant’s source said these men generally have advanced education and a wealth of combat troop and administrative experience to share with today’s commanders.

“There’s no particular logic evident in this, many now retired generals are already remote from military affairs.  This is a sufficiently magnanimous gesture on the part of the minister, but it doesn’t have some kind of deeper sense in it.  Earlier nothing stopped him from dismissing the very same generals for various reasons.”

According to Safronov’s source, it remains only to determine what to pay the returning generals.

Who knows if any of this will actually happen?  But if it does, it’s another walk back on a key plank of military reform.  Remember the walk back on keeping 220,000 rather than only 150,000 officers?

In late 2009, General Staff Chief Nikolay Makarov said the Defense Ministry had cut 420 of 1,200 generals in the Armed Forces.  With current manning, the remaining 780 generals are enough for a relatively high 1-to-1,000 ratio to other personnel.  So they’ll be digging deep for 4,011 former generals.  Who and what will they find?

“During this time [before 2009], we grew an entire generation of officers and generals who ceased to understand the very essence of military service, they didn’t have experience in training and educating personnel.”

However, those officers and generals saw it differently, for example:

“Ill-conceived reform has left the Russian Army without a central combat training methodology – that is, now no one knows what and how we teach soldiers and officers on the battlefield.”

So either Serdyukov’s shift to a new, younger, and more junior generation of military leaders isn’t working out, or there’s some other reason for bringing the older dudes back.  One obvious possibility would be to keep them from being openly and publicly critical of Putin’s regime and Serdyukov’s Defense Ministry on the eve of the presidential election.  Maybe some can be bought for a small supplement to their pensions.  A couple things are more certain.  If the old generals arrive, their former subordinates — now in charge — probably won’t like having them around.  The old guys probably won’t enjoy it much either.  And the whole scheme may not even get off the ground, or last very long if it does.