It Was That Bad 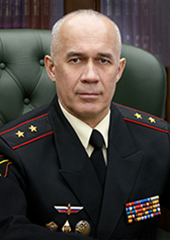 Another lesson in the value of collecting and following data points over the long term.

On October 24, GOMU Chief General-Lieutenant Burdinskiy made a simple statement to the Russian media:

“The manning of the armed forces is 95 percent, since 2012 this indicator has risen by 35 percent.”

So Russian armed forces manning was only 60 percent of the nominal org-shtat in 2012. The forces were undermanned by 40 percent.

On these pages, reports of Russian military commentators to the effect that undermanning was 20, 25, or even 30 percent have been repeated and highlighted many times. But no one would have written or believed 40 percent undermanning. Now the report has come from GOMU itself.

As recently as seven years ago, that’s how bad undermanning was, and that’s how hard the Russian MOD worked to conceal the state of affairs with its manpower.

Now the MOD can demonstrate how dramatically its personnel situation has changed, but only by admitting just how bad it was in the past.