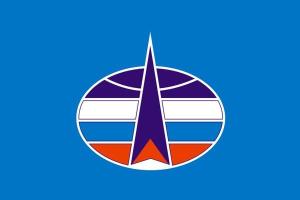 How Will They Represent VKO on the Space Troops Flag?

Mil.ru, as is its wont, printed a little item on military preparations for the December 4 Duma election.

It indicates 80 percent of 53,000 servicemen and civilian personnel of the new Troops of Aerospace Defense (VVKO) will vote [i.e. are based] in the Western MD (ZVO).

The press-release says more than 150 of 171 polling places (88 percent) for VVKO bases, garrisons, and military towns are located in the ZVO.

Space Troops weren’t very big, and they’ve gotten much bigger by swallowing as-yet unclear parts of the OSK VKO (the former KSpN or Moscow PVO District) and other Air Forces’ PVO units into the new VVKO.  OSK VKO, in particular, was a large, westward-leaning formation.

Still it’s surprising VVKO’s center of gravity has shifted so drastically to the west.  One would have thought there’d be a substantial chunk of VVKO-controlled PVO in the Far East, or northeast, too.