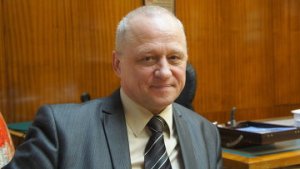 As General Director of both Sevmash and TsKB MT Rubin, Andrey Dyachkov’s a pretty significant individual when it comes to submarines.  What follows are highlights from his RIA Novosti interview last Friday.

Some blurbs have been published, but one frankly hasn’t had time to see if they captured the importance of what Dyachkov said.  Hence this summary.  It has less elegance (or perhaps fluff) than you may be accustomed to reading on these pages.

Perhaps the Borey and Yasen mods reflect the problems of restarting construction that had been dormant (or at least very slow) for a long time and of using newly-made components rather than older ones.