Symbol of How Things Work (or Don’t) 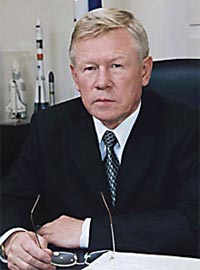 Is Perminov About to Surrender This Chair?

Your author couldn’t be accused of following military space issues and news too closely.  However, this piece from Ogonek [Огонёк] is pretty compelling stuff,  examining whether Anatoliy Perminov has been, or is about to be, “knocked out of orbit” as Chief of Roskosmos.

Ogonek is part of Kommersant, and has the same standards of quality and independence.  Much of what the article highlights is interesting and significant beyond the confines of space.  It is more widely illustrative of the way things work, or don’t, in Russia generally.  It makes Perminov sound somewhat symbolic of this.

Author Vladimir Tikhomirov begins by concluding the loss of four satellites recently isn’t the only reason for retiring Perminov, but Tikhomirov wants to look at the man and why he causes such controversy in the upper echelons of power.

As recently as 11 March, Perminov said his bosses will let him know when his time is up, but presumably they haven’t yet.  RIA Novosti also apparently published word from a “Kremlin source” who said Perminov’s contract won’t be renewed in April.  It’s said the 50th anniversary of Gagarin’s flight on 12 April might be celebrated with someone else heading Russia’s space agency.

Tikhomirov explores who Perminov is . . . a missile-general trained early to keep his mouth shut . . . to keep the dirt inside the RVSN or military izba . . . he doesn’t talk about extraneous or personal matters.  Born in Kirov Oblast in 1945, his father died early and he worked on a collective farm.  He was excited by Gagarin’s flight and practically his entire class went to military schools . . . he went to the Perm Higher Military Command-Engineering School.  He went from missile unit to missile unit with his wife and son.  The Soviet collapse found him finishing up at the General Staff Academy, and he became Chief of the Plesetsk Cosmodrome.  When Sergey Ivanov created Space Troops in 2001, Perminov became their first commander.  President Putin put him in charge of the entire space sector in 2004.

Then Tikhomirov talks about Roskosmos and Perminov’s predecessor.  In 1992, President Yeltsin civilianized a lot of the space industry, and he put Yuriy Koptev — a missile and rocket builder — in charge.  Koptev held his seat for 12 years until Putin became dissatisfied that Russia hadn’t built a single new satellite in 10 years (1994-2004).  Putin was upset when Roskosmos couldn’t support ground operations in Chechnya, and also when plans for the Angara rocket (that was supposed to free Russia from depending on Baykonur) didn’t pan out.

Perminov studied Koptev’s failures, and he pushed through a Federal Targeted Program (FTsP) on Space, 2006-2015.  A steady military hand was supposed to right things messed by civilians like Koptev, and others like RKK Energiya Director Nikolay Sevastyanov who reportedly dreamed of space shuttles, moon bases, and “air launching” rockets from An-124s.  Space research was pushed to the back.  It wasn’t Perminov’s style to risk such things.

Tikhomirov looks at Perminov’s record on fulfilling the Space FTsP.  Eleven of 13 planned fixed comms and broadcasting satellites are in orbit.  Under him, Roskosmos pretty much fulfilled its plan for mobile comms and satellite search-and-rescue, but various scientific launches were pushed off.  Tikhomirov gives him credit for making successful space launch deals for the Europeans and Americans.  Using Soyuz to ferry astronauts to the ISS brought in $753 million.

Then Tikhomirov points out the obvious.  Perminov’s other difficulties and failings are minor compared with GLONASS, which he’s described as Russian cosmonautics’ main achievement over the past 30 years.  Tikhomirov says the constellation has 22 functioning satellites with four in technical reserve and the last 3 launched at the bottom of the Pacific along with the Proton launch vehicle that carried them.  The Proton failure, says Tikhomirov, was especially embarrassing; it broke President Medvedev’s Poslaniye promise to have a fully functioning GLONASS grouping before the end of 2010.  And that’s when the rumors of Perminov’s imminent retirement started.

This wasn’t the first time for this rumor.  There was talk of his retirement in 2006 when there were launch failures and an out-of-order satellite cut central TV broadcasting to the Russian Far East.  These were losses costing billions of dollars.  But the Kremlin cut off the rumors; Perminov was needed.  Today, however, Tikhomirov says the Kremlin is sending different signals.

He says Medvedev’s assistant Sergey Prikhodko basically accused Perminov of failing to appreciate the gravity of the recent space failures.  A Perminov deputy and a chief designer at RKK Energiya were both fired.  Perminov himself got a reprimand.  Medvedev also instructed prosecutors to investigate the state of affairs, and the accounting books, at Roskosmos.

Tikhomirov says Roskosmos blames new products which weren’t tested sufficiently, but some employees say the agency tried to save by using Taiwanese microchips not intended for use in space.

Other interesting things turned up.  As reported elsewhere, Tikhomirov says sons of Roskosmos deputy chiefs are in the business of insuring its satellite launches.  GLONASS’ main designer has sent 40 percent of its state financing to various “pocket” firms.

Tikhomirov says Perminov might have survived all this, but the loss of dual-use Geo-IK-2 may have been the last straw.  And Medvedev recently talked with scientists about their thoughts on outer space research, something Tikhomirov views as a blow to Perminov and the military space priorities he represents.

So who would be the replacement?

“But all this devolves into one thing:  the new Chief of Roskosmos could be either military or a highly-skilled designer.  But to put the space sector in order, a new Korolev is needed.  Just where can one be gotten?”