Tender for Helicopter Carriers May Just Be Formality 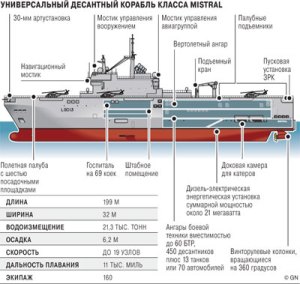 Kommersant reports today that United Shipbuilding Corporation (OSK) has gotten the Defense Ministry’s permission to hold an open tender for procurement of helicopter carriers.  The paper concludes the Defense Ministry is refraining from a sole-source purchase of the French Mistral, and will consider similar proposals from OSK’s shipyards.  But the military [at least some military officials] haven’t hidden the fact that they prefer Mistral [but Defense Minister Serdyukov has always maintained they’ve been talking to other suppliers], so the tender could just be a formality.

OSK President Roman Trotsenko says a special commission from the Ministry of Industry and Trade will conduct the tender, but details are sketchy.  A Defense Ministry source told Kommersant that, without a tender, a deal to buy a helicopter carrier [presumably Mistral] would be considered illegal.  So there won’t be a sole-source buy despite a year of government-to-government talks.

The paper reminds readers of OSK’s recent unsuccessful antimonopoly complaint in regard to the government’s consideration of Mistral.  Although the complaint was not reviewed, it must have had some impact on the decision to compete the helicopter carrier purchase.  Kommersant sources say OSK Board Chairman Igor Sechin also had something to do with it.

Trotsenko says far east shipbuilding plant ‘Zvezda,’ Petersburg’s ‘Admiralty Wharves,’ and Kaliningrad’s ‘Yantar’ will bid for the ships.  ‘Zvezda’ already has a joint venture in place with South Korea’s Daewoo – builder of the Dokdo helicopter carrier.  The OSK President says ‘Admiralty’ and ‘Yantar’ might work with ‘Northern’ shipyard or a foreign builder.

Kommersant has a letter sent from Sechin to Prime Minister Putin this spring saying not only is Dokdo an alternative to Mistral, but Dutch and Spanish helicopter carriers are as well.

Trotsenko says OSK yards can build a helicopter carrier in 30 months for $500-700 million against a Mistral pricetag of €420-680 million.

Kommersant concludes the tender won’t end the conflict between OSK and the Defense Ministry.  Mistral will remain the latter’s priority.  The paper’s sources don’t know if the military wants to buy Mistral itself or place an order for a new unit in a French shipyard (STX).  OSK hasn’t been able to arrange a cooperative agreement with STX.

Mezhprombank-controlled ‘Northern’ and ‘Baltic’ shipyards will participate in the tender according to a representative of the bank. Kommersant’s sources think Mezhprombank, its owner Sergey Pugachev, and shipyards are the favorites among Russian contenders.  Pugachev was an early supporter of buying French, then building other units in his shipyards.  And, according to Kommersant, the Defense Ministry supports Pugachev.

Alongside Pugachev and Mezhprombank, OSK feels its chances to win the tender aren’t great.  Moscow Defense Brief analyst Mikhail Barabanov also says Mezhprombank yards are the favorites to build Mistral in Russia.  Such a deal’s been reached at a political level between Paris and Moscow, so the tender might just be a formality.  CAST’s Konstantin Makiyenko agrees.  But he thinks Mistral orders will go to ‘Baltic,’ since ‘Northern’ is loaded with frigate and corvette orders.  Meanwhile, OSK would like to buy both yards from Mezhprombank, but the sides haven’t reached agreement on a price.

One response to “Tender for Helicopter Carriers May Just Be Formality”