Guns and Money (Part I) 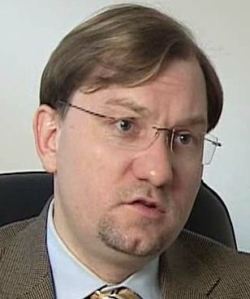 What does Russia need to spend on defense?  Komsomolskaya pravda’s Viktor Baranets engaged Center for the Analysis of Strategies and Technologies Director Ruslan Pukhov on the issue recently.

It takes a bit, but the interview gets interesting, and it’s worth hearing, one thinks.

Baranets asks, do military expenditures depend first and foremost on the economy?  On government policy?  On the treasury?  On the military power of one’s enemies?  Pukhov replies:

“In the first place, on the requirements for guaranteeing national security, and secondly on economic possibilities.  But if the country faces serious threats, then maintaining adequate military power becomes an absolute priority.  And then the resources for these purposes are allocated without looking at the economy.”

OK, that’s standard, but the big question is if . . . if it faces threats and if those threats are really serious.  And one might quibble, you can’t allocate what you don’t have (at least most countries can’t).

“We have to maintain large Armed Forces because of the country’s huge size and its borders with military giants, like NATO and China.  Here the correlation of our military potentials has significance first and foremost.  That’s one.”

“And two.  The most important mission for Russia will remain the preservation of powerful, but expensive strategic nuclear forces and advisably — nuclear parity with the U.S.  It’s clear nuclear arms are the main guarantee of our security.  They make a big war between contemporary world powers impossible.  I’m convinced that, if not for the nuclear shield, the fate of Yugoslavia would have awaited Russia in the 1990s.  That is forcible dismemberment with the support of a NATO intervention.”

“Yet another factor:  Russia is faced with real threats to its security in the form of terrorism in the North Caucasus where an ethnic separatist rebellion has transformed into a general Caucasus Salafist underground, but also in the post-Soviet space — in the first place, in view of Georgia’s aggressive actions.”

“Going further:  our Armed Forces are extremely obsolete technically, they lag the current level of military technology development and need renewal.  For almost two decades after 1991 our Armed Forces were totally and chronically underfinanced, didn’t receive new armaments.  After this almost 20-year ‘buying holiday’ it’s necessary now to pay up, trying in the most compressed time to overcome the accumulated lag.”

“And, finally, everything enumerated above has to be overcome in conditions of the fact, unpleasant for the national self-consciousness, but, alas, indisputable, that Russia is a poor country.”

Baranets asks, how can Russia be poor?  Pukhov’s answer:

“We actually have many natural resources.  And this, incidentally, is yet another argument for having effective Armed Forces.  Natural riches have to be protected.  But by the size of the economy we aren’t even in the top five countries in the world, and the main thing is we seriously lag behind developed states.”

“So we have to conduct military organizational development under conditions of a shortage of resources and significantly bowing before many other countries of the world according to our level of economic development and national wealth.”

“All types of resources enumerated by you [Baranets] are in short supply for us.  Industry requires serious modernization, the scientific-technical base, established in the USSR, is practically used up, the quality of human resources is also not at a high point — the technical training school system has collapsed, so finding qualified workers is an integral problem.  Now we can already talk even about the collapse of secondary education — more often illiterate conscripts are coming into the army, and how can you trust them with complex equipment?”

Baranets says some experts think 1.5 or 2 trillion rubles as foreseen for defense in 2012 is too much when compared with what will be spent on science, education, and health.  One can even hear pronouncements like “the army is stripping the people.”  Pukhov reacts:

“I repeat:  Russia’s in a situation where it’s forced to hurry to catch up and reestablish that which dissipated, was squandered and left adrift in the area of national defense in the 1990s.  Essentially, we didn’t develop, but, to the contrary, we collapsed the army.  Now we need to reestablish the army, buy new equipment and armaments.  This isn’t the army ‘stripping the people.’  This is them ‘stripping’ the army for long years.  But there is generally an old true formula — people who don’t want to feed their own army will feed a foreign one.  Education, medicine and other sectors can be self-financed to a significant degree.  The Armed Forces can’t be self-financed in principle.”

Pukhov covers a lot of ground.  And he makes sense of some stuff.  But some points are debatable.  He’s one who wants to blame the 1990s for everything when then-President Putin was also guilty of neglecting the army in the 2000s.  Yugoslavia did a good job of “dismembering” itself before NATO and Russia intervened.  Instruments other than force exist for managing Russia’s problems in the North Caucasus and Georgia.  Is there a realistic threat of having to feed someone else’s army?  Wouldn’t a slower paced military build-up be more sustainable?