The Dust Has Settled 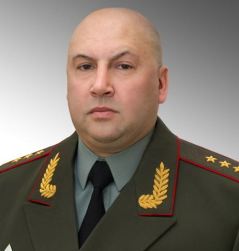 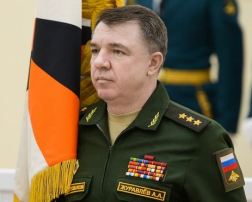 Izvestiya called it the largest rotation of top military leaders in the last decade. It continued the Kremlin policy of advancing generals who’ve gotten real experience in command and control of combat actions in Syria.

While Commander of the Eastern MD, General-Colonel Sergey Vladimirovich Surovikin  served temporary duty as Commander of the Russian Group of Troops in Syria from May 2017 to present. KZ reported that Russian forces achieved “maximum success” in Syria under his command.

The 51-year-old VKS CINC was born in Novosibirsk. He is a combined arms officer who commanded the 42nd MRD in Chechnya and 20th CAA.  served as Chief of the Main Operations Directorate of the General Staff. He served as chief of staff and first deputy commander of the former Volga-Ural (now Central MD) and then of the Eastern MD beginning in late 2012. A year later he was appointed Commander of the Eastern MD.

No one would accuse Surovikin of being an uncontroversial figure. His biography features a number of incidents but nothing seems to stick to him.

As described on these pages in 2011 when he was reportedly considered to head the MOD’s new military police:

Kommersant gave details on Surovikin’s background.  As a captain in August 1991, he was acting commander of the Taman division motorized rifle battalion responsible for the death of three Yeltsin supporters.  He was arrested and investigated for seven months before charges against him were lifted.

As noted on these pages, he commanded the 34th MRD when one his colonels blew his brains out in front of the entire staff after an upbraiding from the commander.  And Surovikin had a very short tenure as Chief of the GOU.

He seems an odd choice to be responsible for the army’s new enforcers of law and order.  To be in charge of those charged with preventing dedovshchina and other barracks violence.

Not noted above is the fact that, as a major in 1995, he almost went to jail for the illegal possession and sale of a hand gun. This earned him one year of probation, and it later disqualified him from heading the MOD’s new military police force.

He always seemed like a strange choice for the head of MPs; it was almost as if someone was trying to sidetrack his career.

General-Colonel Aleksandr Aleksandrovich Zhuravlev moved from his post as a deputy chief of the General Staff to take over the Eastern MD from Surovikin. The tank troops officer was born in Tyumen Oblast in 1965. He commanded Russian forces in Syria in 2016.

General-Lieutenant Aleksandr Pavlovich Lapin became Commander of the Central MD after serving as chief of staff and first deputy commander to Surovikin in Syria. Also a tank officer, he was born in Kazan in 1964.

Former Central MD Commander, General-Colonel Zarudnitskiy has taken over the Military Academy of the General Staff, a sinecure for senior officers nearing retirement.

According to Izvestiya, the Navy also got a new deputy commander for ground and coastal troops General-Lieutenant Oleg Makarevich. The paper claims he’s second only to Surovikin in his “experience and charisma.” The position was made necessary because the land-based components of the navy have grown with army corps added to the fleets. The Navy is looking to Makarevich to smooth out their force structure and combat training, particularly in Kaliningrad and Crimea.

Russia may be drawing down in Syria, but General-Colonel Surovikin was still in charge when President Putin visited the Russian command center a few days ago. So the question is when will Surovikin take up his VKS duties, and who will relieve him in Syria.