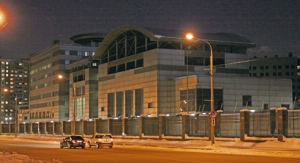 Yesterday we got diametrically opposed views of the GRU.  Argumenty nedeli  argues the situation inside the GRU is a mess.  Rossiyskaya gazeta, however, defends the GRU’s exiting chief, General-Colonel Shlyakhturov and the reforms made in Russia’s military intelligence agency.

Argumenty writes that the Main Intelligence Directorate is being “optimized” into a simple directorate, and this is evidence that Russian military intelligence simply no longer exists.  To news about Shlyakhturov’s departure, the paper says GRU officers have Schiller’s reaction:  “The Moor has done his work, the Moor can leave.”

A GRU officer tells Argumenty that the agent operations staff has been completely destroyed, and information “extraction” tasks are no longer levied.  “Radiotechnical” [SIGINT] and space reconnaissance sub-units that remain now take orders from more important armed services and branches.  Central staff and analytical sub-units have been cut to the minimum.  This month the General Staff Chief directed the GRU to dismiss personnel on age grounds where possible [maybe Shlyakhturov included], and rotate others to the military districts.

And, the officer says, it’s been announced that in the next round of reforms in 2012 the GRU will become a simple directorate [rather than a main directorate] of the Genshtab, and relocate to the Genshtab building on the Arbat. 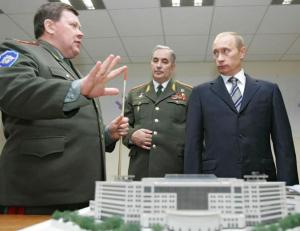 The officer tells Argumenty only rear support and cleaners will remain, and any of Anatoliy Serdyukov’s former tax inspectorate chiefs can manage them.  He says the majority of “the boys” actually prefer this turn of events, and have already found jobs in the civilian world.  He adds that the new GRU building on Khodynka will be sold, and it’s important not to leave secure comms and secret documents behind.  There were precedents for that, the officer joked bitterly.

If this officer’s version pans out, you can bet the GRU complex, and the Moscow real estate it sits on, will fetch a high price for the controllers of Defense Ministry coffers.

RG offers a more positive spin on what’s happening in the GRU.  Firstly, it says there’s no intrigue in Shlyakhturov’s exit.  It’s simply on age grounds.  The paper says the soon-to-be ex-GRU chief was well-respected, and implemented the reforms required of him.

The fact is, it contends, the agency managed to avoid most of the changes that shook the rest of the country and Armed Forces in the past two decades.  It was organized in same way as when it was established in Soviet times [i.e. it was organized for the Cold War and World War III], and was naturally somewhat out-of-step with the state’s new “social-political structure” and needed to be changed.  And Shlyakhturov implemented changes that other chiefs [i.e. there was only one–Korabelnikov] couldn’t.

Instead of more than 100 GRU generals, according to RG, there are now only 20.  Spetsnaz brigades were cut and given over to Ground Troops reconnaissance.  And there were other changes either secret or understandable only to professionals [so much for civilian control].

Not all the transformations were palatable, RG writes:

“But the majority of cadre military intelligence men are sure that Aleksandr Vasilyevich conducted a completely unavoidable reform in the softest and most optimal form.  No one would have coped better with this mission than him.

RG indicates Shlyakhturov is in good health, and will likely take a post in a big business or serve as an advisor to the Defense Minister.

For good measure, the paper concludes:

“Intelligence men are sure that a competent reform of the Genshtab’s Main Directorate will be only beneficial, giving the GRU more mobility, and providing technical intelligence monitoring systems with the most modern equipment.”

All in all, it seems quite an apology for Shlyakhturov and the state of the GRU.