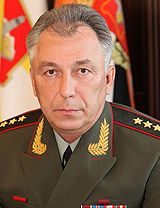 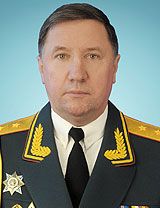 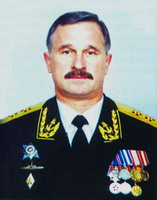 Serdyukov wants the new command and control scheme operating from the start of the new training year on 1 December.

Kommersant noted general surprise that a naval officer was picked to head the Far East MD.  Ground Troops generals have always commanded the army-dominated MDs.  But a Navy Main Staff source said Sidenko is not new to commanding army units; he once commanded the combined Navy-Ground Troops force on Kamchatka.

Kommersant also said extramural Defense Ministry collegiums will evaluate the effectiveness of these reorganizations before the end of the year.

Bakhin, Chirkin, and Galkin prospered under General Staff Chief Nikolay Makarov when he was Siberian MD Commander from 2002-2007.  Each of them served as an army commander, deputy MD commander, and chief of staff, first deputy MD commander under Makarov in Siberia (or immediately after his departure for Moscow).  Chirkin served as Bakhin’s chief of staff, first deputy commander of the Volga-Ural MD, before becoming Siberian MD Commander this year.